What a Great Start to the Year, Not

I love this time of year. Everyone spends time looking back, reflecting on the year that was and getting ready to embrace the year ahead. I love the sharing – it’s inspiring to hear from those close to me how far they’ve come and I love hearing about everyone’s achievements, no matter how small. For me I’d say last year both sucked and was brilliant too, but I also appreciate that a lot of dear people went through some really REALLY tough times. I hope the sun shines more this year for those who didn’t enjoy 2014. 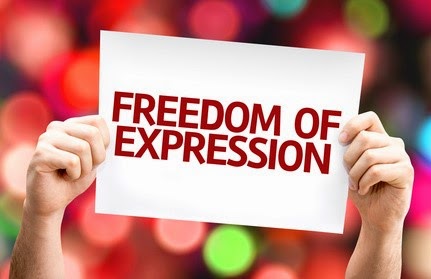 However it wasn’t a great year for our world and the one thing that struck me during last year is how heavy and fucked up everything seemed to be – the emergence of ISIS, brutal beheadings and teenage girls running off to be ISIS brides – god, join a rock group if you want to be a rebel girls. And then we have school girls being abducted (we couldn’t possibly educate our girls – where’s the benefit in that?), the Palestine/Israel bullshit, crashed-planes-lost-planes-blown-up-planes, the continuing nuclear fallout in Japan, the apathy of the masses towards our environment and the extinction threat that comes with it (palm oil to name one), the filth in our oceans and a blasé attitude towards keeping our world clean, all religious fundamentalists - including ones with white faces - spouting their bullshit and representing no one (seriously, I wish you’d all just fuck off and die), the Taliban killing school kids in Pakistan (more fuckers!), the human tragedies in the Philippines and other developing countries, sometimes due to violent weather, but more often than not because corrupt governments/businesses are pillaging the earth for short term profit, but hey, don’t worry about that village at the bottom of the mountain you’re deforesting or the fact everyone is killed by a mudslide, which is definitely the fault of weather and not you, no, no, no - those trees sure were handy keeping that soil in place before the rain huh? Those corrupt fuckers can fuck off with the fundamentalists!

I could obviously go on and on – there’s enough fuckwits for a 1,000 pages – but in 2014 it seemed bad shit was going on everywhere and it sucked. Are humans seriously incapable of learning that none of this gets us anywhere? Surely it’s time for those of us who DO want peace to stand up to the fuckers that are constantly bringing the world down? I hate the fear it all generates and I always feel such a heaviness in my body when the world goes through its cycles of grief and disaster, war and savagery – you?

So I’ve been hoping 2015 could be a different year, a calmer year, a nicer year. 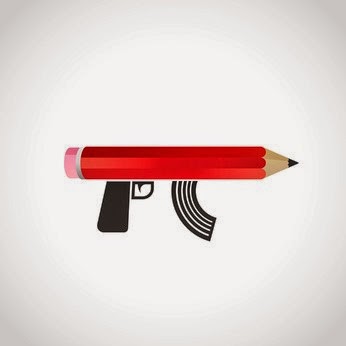 And what a great start. Two armed fuckwits decide to go into a magazine and blow away people for drawing cartoons. Awesome. Sure these guys push the boundaries with their ideas (and long may cartoonists do so) but its cartoons – bloody cartoons!!! We’ve seen an interesting show of unity – does it help? I don’t know – but I know many of us are pondering the events in Paris in different ways.

For me, this attack felt absolutely bloody pathetic on the part of those who did the act. Are you fucking kidding me? People who made the world laugh deserve to be shot for drawing pictures of your prophet? Haven’t you seen how much love the Jews, Christians, Jesus, etc… get from these guys as well? You’re not fucking special here. I’ve often wondered if Jesus came back to earth and I had the opportunity to ask him “so mate, what do you think of what has been built and done in your name?” I expect he’d be rather pissed with us. I reckon Mohammad would be pretty pissed too.

We’re not getting anywhere here my extremist friends, nowhere at all. This massacre makes you look like completely fucking ridiculous morons, and you’re recruiting people to your cause? Why the fuck would anyone want to be part of this? Maybe your recruitment is targeted to those with absolutely no sense of humour at all? Wow, don’t sign me up, then again, I’m a woman, why the hell would I want to be anywhere near you anyway.

This isn’t about religion, it’s about being complete fuckwits. All of my Muslim friends smile, laugh and enjoy a joke. You guys aren’t Muslims. But them, this isn’t about religion is it? That’s just a cover story that gets the world riled up and the bait is being taken… that shits me too. The anti-immigration march in Germany shows me you’re succeeding. Don’t we all get the fact that we need each other right now? Mother Earth is going to kick our arses very VERY soon in a BIG way. It’s coming. Isn’t that a better priority to be focused on? One that will require all of us to be united?

In “Holidays in Hell” (old book, GREAT read) P. J. O’Rourke is at a born again Christian retreat in the US and he makes the observation that went something along the lines of this: “if there really was a god I think he’d give us bigger bums to sit on and smaller brains to think with.” In the case of the guys terrorising our world right now, I wished they’d take this on board, and instead of what they’re doing, change tactics and sit around boring each other to death instead. In god’s name. Seriously. What sort of a monster do you think god is?

So to all people with ridiculous ideas that are fucking up our world – why don’t you all fuck off and leave us alone? There’s a very large population getting really really fucked off with you guys these days and soon we might even do something serious about it. For now, let’s draw and write and scream our outrage, but let’s make sure we’re funny too. Because us humans are a lot better than this. A LOT! 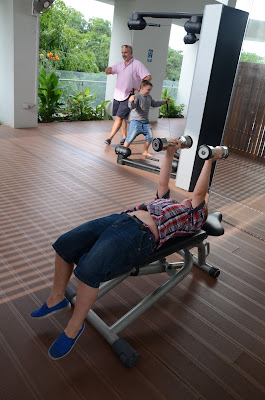 Your Children are a Credit to You